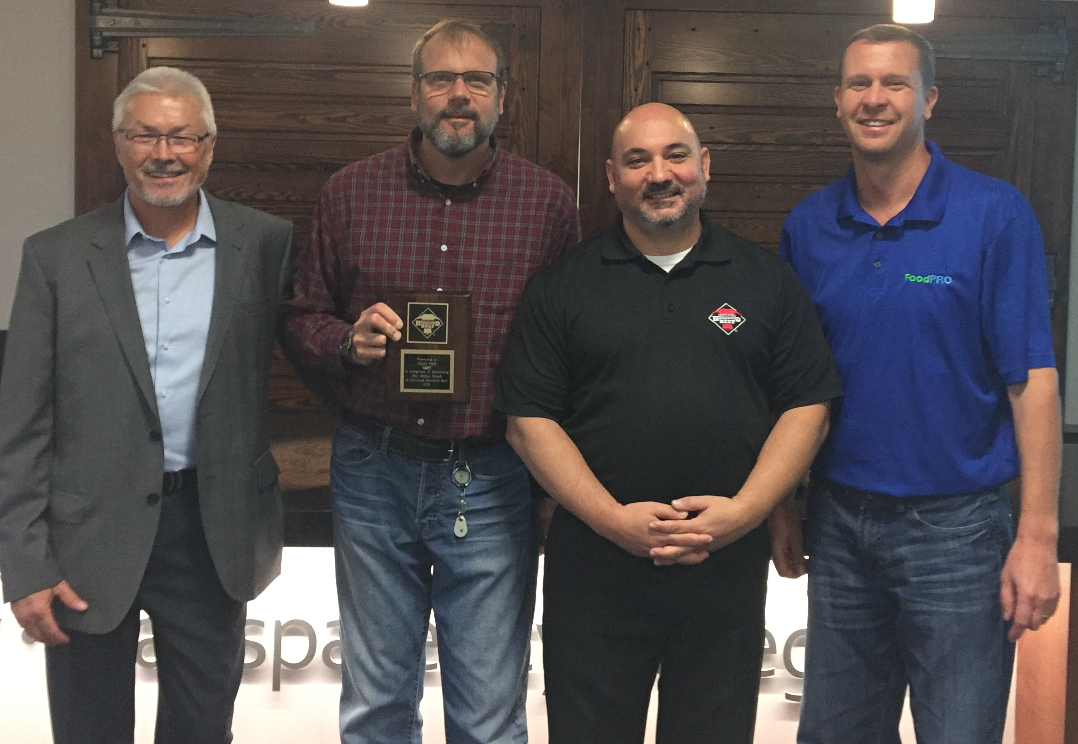 “Certified Hereford Beef has partnered with FoodPro for the last 10 years,” says Ron Santoro, CHB regional brand manager. “They just completed an expansion of their facility and have some lofty goals for 2017. CHB is proud to be a huge part of their focus for growth.”
FoodPro is a wholesale restaurant supplier and food-service distributor of fresh-cut steaks who has distributed food to their loyal clientele for over 70 years throughout Maryland, Virginia, West Virginia and Washington D.C.
When presented the award for four million pounds, FoodPro commented on their goal of reaching 5 million pounds sold. Santoro says he is committed to helping them achieve that goal.
“FoodPro’s continued commitment to the CHB brand is exciting and we look forward to working with them for years to come,” says Amari Manning, CHB chief operating officer.